Get To Know Us: Fun Facts for 25 Years of Jam Hops 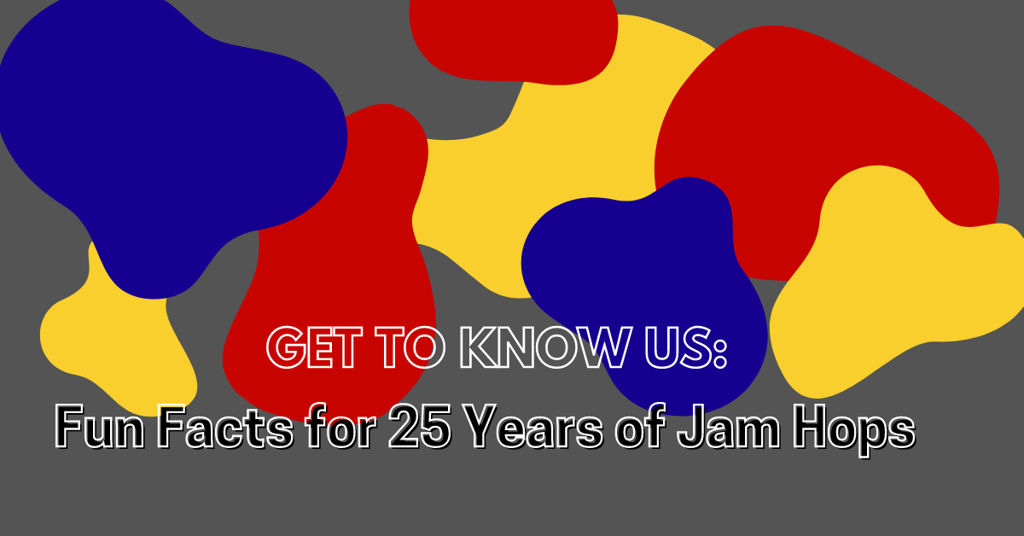 Did you know that this April officially marks 25 years of Jam Hops? Yes, we know… so exciting!!! 25 years of growth, memories, laughs, new faces, and love. We cannot express how truly grateful we are for each and every person that’s become part of our Jamily and can’t wait to celebrate with you through the rest of this year. Our first step to celebrate is to share some fun facts about Jam Hops!

Did you know that we have six employees that have been around since before the beginning of Jam Hops Gymnastics Factory?

Did you know that each of our 7 programs began in seven different years?

Did you know we have 47 employees that basically grew up at JH? We pride ourselves on helping kids become adults with strong values and characteristics that lead them to do great things. One way that we do that is by providing opportunities for our athletes to not only work in a place they love, but also build their communication and leadership skills.

This last fun fact will let you in on one of our inside jokes we share as a Jamily. Did you know that Jam Hops has a fountain of youth that only Theater Director/Coach Tim knows how to find? Though lots of time has passed at Jam Hops and Tim has been around for it all, he has managed to not age a bit. We are not sure where he is hiding his youth serum, but we are all sure on a mission to find it.

Follow along on social media for more Jam Hops memories and inspiration. Here’s to 25 years!